Not Just Wealthy But Also Rich

While Coco Chanel the brand might be the epitome of the luxury status ‘flaunt it if you have it’ mind-set, Coco Chanel the person was slightly more considered when it came to the true display of money and this probably had something to do with her journey to wealth.

Gabrielle Bonheur “Coco” Chanel, was actually born in a poorhouse hospice, grew up in an orphanage, then became a seamstress, a waitress, and a hat designer, before finding success. At her death in 1971, Coco Chanel had a net worth of US$100 million (about a billion dollars today).

And while she made a tonne of money, Coco Chanel was famously circumspect about the importance of it and how a truly rich life had money as a component, but it also had friendship, family and community. I got to thinking about Coco Chanel when I was asked to write something about Du Val Group. It wasn’t so much that their recent marketing campaign lampoon the ‘diamonds are a girl’s best friend’ quote, which she also reworked in favour of pearls (Du Val’s version by the way is that diamonds were a girl’s best friend… until she invested in property). Or the fact that the founders Kenyon and Charlotte Clarke live the kind of luxury lifestyle that Coco Chanel helped to define. It is actually the stuff that happens behind the scenes at Du Val that really got me thinking about what it is to be truly wealthy. I was actually meant to be writing about the power of using equity in your home to kickstart your property portfolio, but I figure that you are beyond that now and are looking for the answers of the universe and true happiness.

So on the surface the Du Val founders are uber wealthy and successful, there’s a lot of coverage about the Rolls-Royces and the private jet and the other trappings of a success, but I think what is really aspirational is that this success has come from a community focus. Du Val Group was started with the goal of reducing the property shortage, giving renters the dignity of quality and long term rentals and helping Kiwi investors plan and create financial security in retirement through property investing. These are massive achievements in their own right, but Kenyon and Charlotte Clarke have also created the Du Val Foundation. A registered charity with the mission to enhance the wellbeing of children, with a particular focus on the South Auckland region, as well as addressing issues around mental health in the construction sector. Partnering with iConnect, which specialises in men’s mental health and wellbeing support, the foundation has launched a programme of support for construction workers working on Du Val sites. This initiative is already having a profound impact for an industry that loses a person a week to suicide in New Zealand.

The foundation is also supporting She Is Not Your Rehab, a movement whose mission is to impact the culture around abusive relationships, domestic violence, and unhealthy ideals of masculinity. Work here will have a multigenerational impact for disadvantaged Kiwi families.

And it’s getting to that point in the year where we start thinking about the Christmas gifts to get for our loved ones, but for many families, this is a stressful and often impossible prospect. Over the last three years though, the foundation has raised over $155,236, purchased thousands of presents, and $54,100 worth of grocery vouchers for 256 families with 645 children from seven schools in our community.

There isn’t really a lot of press about this as the Clarkes don’t seem to court it, but I think that this type of work is a true reflection of their wealth more than anything else. Investing and creating financial security is so important, but it’s what that security enables you to be for your friends, family and community that is the true reward.

Oh, and buying a bit of bling now and then once you have created your wealth is not so bad. 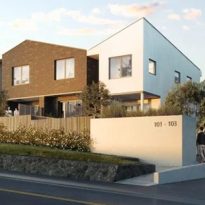 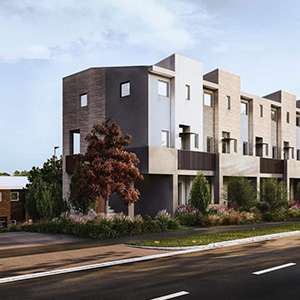 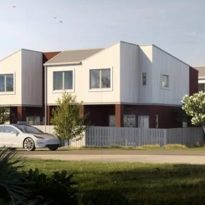 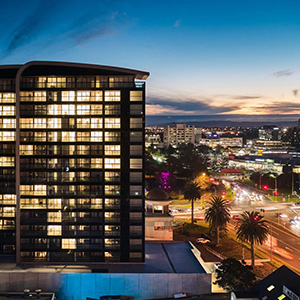 5 Ways To Kick Start Your New Zealand Property Portfolio
Lani Fogelberg: What’s Holding New Zealand Businesses Back?
Burnout to Business: Why Women are Choosing a Life of Flexibility and Purpose
6 Strategies to Build a Multi-Million Dollar Company from Scratch
Diane Foreman: Lending The Ladder Down
Think Ahead to Get Ahead