It takes a certain vision, tenacity and style to forge a brand that captures the attention of women, fashion editors and female entrepreneurs alike. For Kate Brosnahan Spade, it all started in 1993 when she spied a distinct lack of stylish, affordable and sensible handbags, and set out to craft her own – just six silhouettes but classics that expressed a sleek utilitarianism combined with sophisticated colourways in an entirely novel way. And so began a revolution in the accessories market that would speak with a wit and a playfulness, and an optimistic femininity imbued with ‘50s flair that would be adored by fashion lovers the world over.

Such was the polished ease of her designs that Kate Spade New York swiftly burgeoned into a global life and style house, encapsulating her fresh take on modern sensibility in handbags, ready-to-wear, jewellery, footwear, gifts, home decor and more. Though to have her unique style expressed on the olfactory front was perhaps the ultimate way in which to complete the brand’s legacy of its celebration of confident women with a youthful spirit.

Their latest fragrance to be introduced against the iconic New York City skyline, Kate Spade New York, is no exception as a fragrant embodiment of the much-loved American fashion brand. And in celebrating women and their sense of individuality, its launch would not be complete without a talent that does justice to this end in a moment of spontaneous celebration no less.

This especially joyful and feminine scent inspired by the house’s signature codes and lifestyle, is fronted by none other than dance prodigy and actress Maddie Ziegler who became a viral dance sensation after starring in singer-songwriter Sia’s music videos for ‘Chandelier‘, ‘Elastic Heart‘ and ‘Big Girls Cry‘, which collectively amassed in excess of a whopping 1.5 billion views. Of her passion for dance, which began at an early age, Ziegler has this to say, “Dance is my escape. I feel most beautiful when I dance. And it helps me release all of my emotions.” Ziegler, who stars in an upbeat dance for the campaign, bursting with happiness and anything-is-possible optimism, describes the new namesake fragrance as “very joyful and fresh” and giving off “major NYC energy”. In the company of friends, Ziegler depicts a free-spirited woman in a cheerful and carefree choreography, the whole scene exuding the energy and grace the brand embodies and those unique qualities that helped shape the brand’s unique trajectory of success and define the quintessential Kate Spade New York Woman – of inclusiveness, unconventionality and confidence. In relating to those qualities that embolden a Kate Spade Woman, Ziegler says, “Kate Spade is very uplifting and fun. Really feeling comfortable in your femininity. So when I embrace that, I feel like a Kate Spade girl.”

Delving into the components of Kate Spade’s vibrant new scent, inspired by the humble yet exuberant wild strawberry, perfumer Marie Salamagne was on a mission “to capture the unique scent of this lush and extremely elegant red fruit to feature joyful femininity, sublimated by gorgeous rose essence, the queen of flowers.” Encapsulated in a clean and contemporary bottle with a soft, curvy silhouette replete with Kate Spade New York’s signature pink and iconic spade emblem, the fragrance showcases a sparkling top note of citrus-infused bergamot married with sweet wild strawberry. At its intense, floral heart, rose essence and freesia lend a fresh femininity, followed by a confident base note of ambroxan and cashmeran, bringing a voluptuous woody dimension to the fragrance.

Shop the fragrance at Farmers now.

Crafting A New Future For Women
Would You Believe It? Seven Steps to Releasing Disempowering Old Beliefs
Play To Your Strengths To Win At Business
me. by bendon, Myself and I
Jane Hastings - Big Vision
What’s Holding New Zealand Businesses Back? 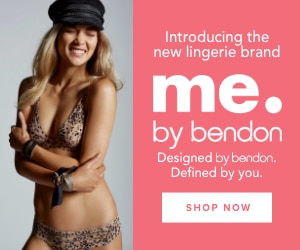