We know that some people express their stress and symptoms when they are not well with their gut, don’t we? There are some people who will vomit, or get nauseous, or get a runny tummy when things are not right with them psychologically or physically. Have you also heard about the gut feeling? Where does this come from? Your body seems to have a connection between the gut and the brain.

When I was taught medicine many years ago, we were taught about all the organ systems separately on their own. It is since then that many researchers have identified multiple connections and cross-talk between the gut and other organs, as well as the brain. In fact, when they did the human DNA project, they identified that there is ten times more bacterial DNA in the human body than human DNA! This means that the bacteria that make up our microbiome in the gut is very important. Indeed, humans have co-evolved with bacteria who have provided us with the mitochondria in our cells, which are our energy factories – we cannot even make our own energy without the influence of ancient bacteria.

I started to notice that correcting my patients’ gut function and diet would start to improve many other symptoms in their health. A common condition is an irritable bowel, which has many influences, including environment, stress, etc. The symptoms of irritable bowel affect up to 20 percent of people and can include wind, bloating, abdominal pain, diarrhoea and burping.

Then I researched more closely the connections between the gut and the brain, and I realised that it was very complex indeed. You see, there are multiple centres in the brain that communicate through the spinal cord and through the somatic nerves – these are the nerves that move our muscles. Some of these nerves also go to the gut. On top of that, there is also a parallel autonomic nervous system (I call it “automatic” because it does things you don’t have to think about, like breathing) that affects the bowel automatically when there are sensations coming from the brain, including sensations of threat. These automatic nerves can either calm the bowel down or stimulate the bowel.

Additionally, the bowel itself has a network of nerves around it that help to move the bowel wall along and this is called the enteric nervous system. This is also connected to the rest of the body including the brain.

When any form of stress comes into the primitive brain, it bypasses the cognitive brain (or thinking brain) so that you are not always aware of messages that come into your system, stimulate your primitive brain, and then send messages to other parts of the body including the bowel.

Then, when we look at the bowel cells themselves, you want to eat the right food so that these cells can make your B vitamins and can make 95 percent of your serotonin, the happy chemical. The bowel also makes other messengers as well so that we rely on these actions. So, eating the wrong food and having external influences and our own thoughts, can influence the bowel.

When you look at it another way, what you eat and what is going on in the bowel can also influence the brain and cause anxiety and depression. We know that probiotics can help with these conditions, as well as helping bowel conditions.

One of the areas I have identified is that gluten in the diet seems to cause more inflammation in the gut, the body and the brain. Patients have advised me that removing gluten from their diet not only has helped various health symptoms but also mood, depression and anxiety. There may well be a case, not only for having a good diet, but for taking probiotics regularly, especially when eating badly or when stressed.

To focus further on diet, most people do better without gluten. If there is eczema, asthma and hayfever, as well as allergies, a person could also consider reducing or removing milk, yoghurt and ice-cream.

Additionally, there are some people who react to histamine-stimulating foods and these are the people who not only have allergy but also endometriosis, polycystic ovarian syndrome and autoimmune conditions, as well as irritable bowel (especially irritable bowel with diarrhoea) and migraine. The histamine foods can include highly fermented foods like alcohol, coffee, chocolate and sauerkraut, but you can Google for a list of histamine-stimulating foods. While you are there, you can Google high salicylate foods because salicylates have a tendency to stimulate histamines.

The histamines, along with tryptase, which are being released by special cells in the blood called mast cells, have a tendency to cause inflammation all over the body, including the brain, and this is why there are a vast number of broad symptoms that can be caused by this mast cell activation syndrome, such that it can be difficult for doctors to identify the true underlying cause of a patient’s symptoms. You can Google mast cell activation syndrome and learn more if you are suspicious that you might have it.

In the end, the ideal way to keep your gut-brain connection working nicely along with diet and probiotics, is to get enough sleep, enough exercise and to think about the way you think because of the tendency for our thoughts to affect not only our normal nervous system but our automatic nervous system, which can influence our gut health as well as our gut-brain health. 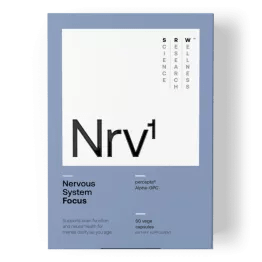 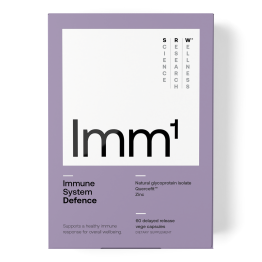 The Ten Commandments For Ageing Gracefully & Successfully
The Principles Of Root To Bloom Eating
Pout Protection With Blistex Ultra SPF 50+
The Science Behind a Longer Life
Health Spot: Natural Remedies
The Missing Health Metric For Women