The Magic Of Building A Piece Of Paradise In The Pacific

Ten years after they’d read an article about Box™, Barbara Ala’alatoa and Hēmi Dale finally decided to sign up with them on the dotted line. “It was a big decision, the first time we’d built and we weren’t brave enough to do it straight away, but [co-founder] Dan Heyworth never lost his enthusiasm for us,” says Barbara.

The long-time-coming partnership was a good fit. The couple liked the design-and-build company’s ideas about maximising resources and creating less waste – and especially the thought that everything was done in-house. Barbara is a school principal and Hēmi a university lecturer so they didn’t have time to run around sourcing products or juggle sub-contractors. “We went into the office and chose the cladding, bathroom and kitchen fittings and things for the interiors all in one day.”

That might sound like a quick-fix but there was plenty of consideration behind the design. The couple had owned the section for a number of years where they lived in a bungalow; once they decided to sub-divide Box™ moved the old house to the rear so the new property could bask in the view. 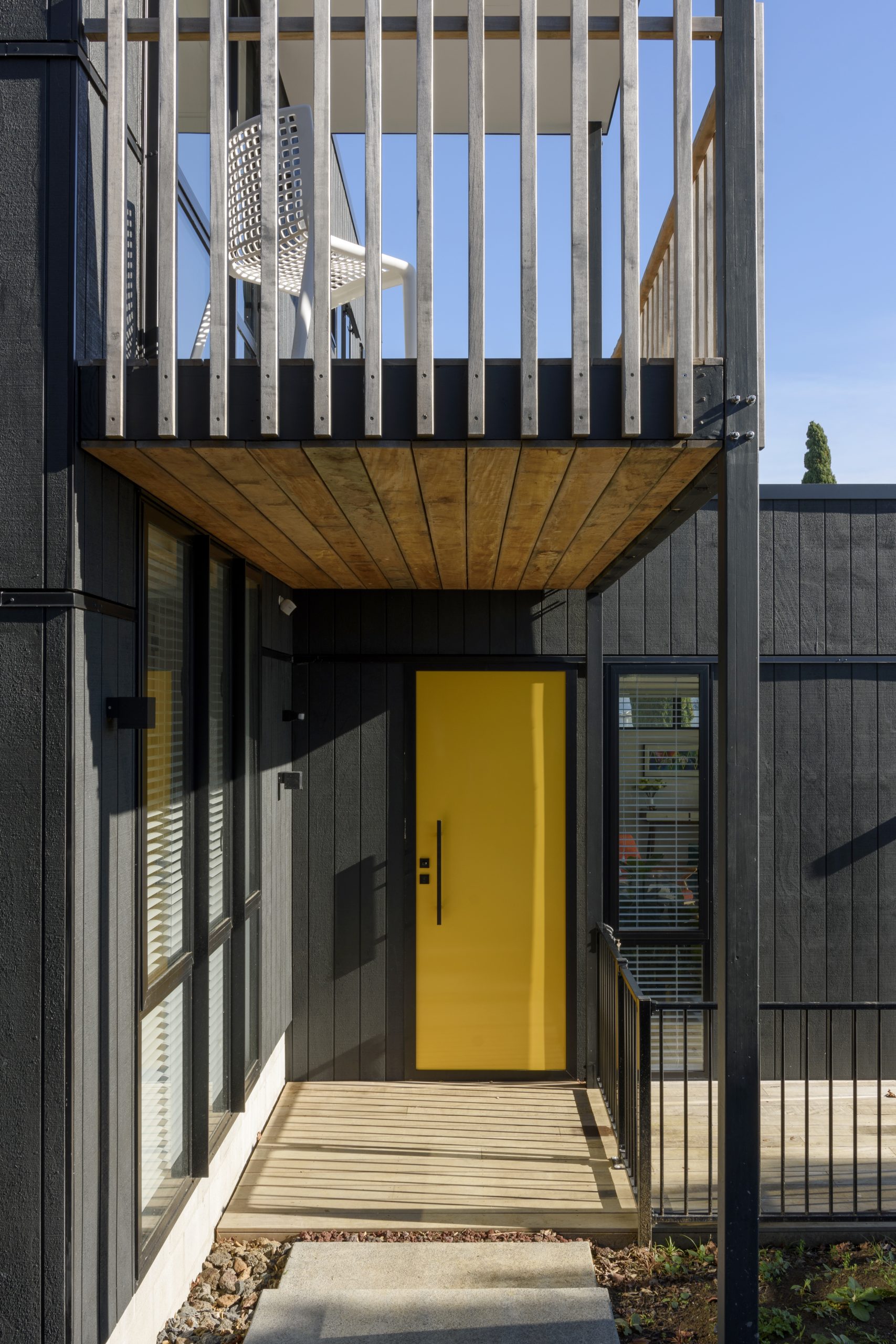 Inside the 140-square-metre dwelling, the planning is controlled with no wasted space. The grand-children love sleepovers in the upstairs bedrooms which includes the main bedroom and ensuite, while downstairs is a third bedroom, bathroom, open-plan living and a flexi room which certainly lives up to its name. “We use it for ironing and all the stuff you need when you have three dogs but now it has changed into a semi-office space so it is whatever we want it to be.”

With concrete floors that act as a heat sink and timber elements (think island bench, staircase and bathroom vanities) to soften the aesthetic, the couple was eager to get started on the decor. They imagined they’d keep it minimal – but that soon went out the window. “It was amazing to start the process of thinking about art and furniture and putting soul
into our house,” says Barbara. 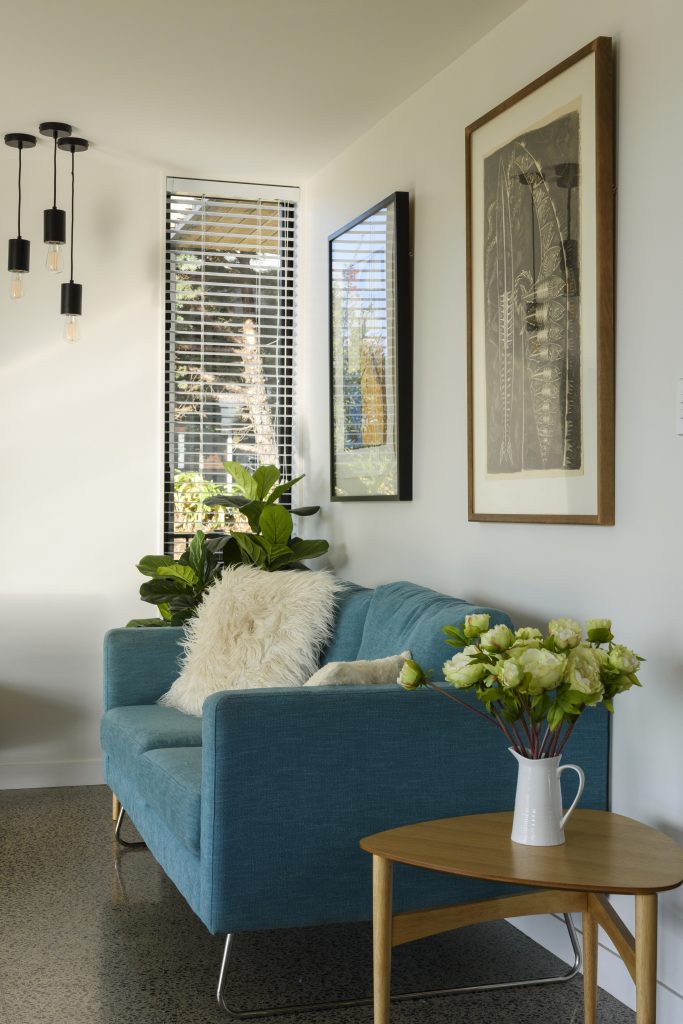 And there’s the essence of this experience: this house has good spirit about it . During the early stages of the build, diggers unearthed an ancient Māori midden. The build was temporarily halted so the correct protocols and tikanga could be enacted. Box™ team members attended the blessing ceremony with the family that was led by David Wilson (Te Āki Tai-Te Waiohua) – a process that has ensured the warmth of the home and its connectedness to its site.

When Barbara and Hēmi sit on their front deck and look out at the glittering harbour, they know they made the right choice. “It has been so amazing – everyone should build at least once in their lifetime. Even though the house is relatively new, it feels like home.”The two-storey home is oriented for maximum sun and spectacle on its waterfront site in Māngere Bridge. Dark timber cladding and aluminium joinery makes it recede into the landscape, a yellow front door is a nod to the kōwhai planted in and around Māngere Bridge, and timber-batten balustrades on the upstairs balconies echo the palisade fencing of a pā.

Box™ is a team of architects, designers, and builders based in Auckland.

5 Architectural Oddities That Somehow Got Approved
How to choose the right lighting for your bathroom vanity
Blind Artist recreates Art and it’s Hypnotizing
Building A House: Which Option Is Right For You?
Destination Unknown
The Personal Touch Of Designing The Perfect Interior
Load More
PHP Code Snippets Powered By : XYZScripts.com